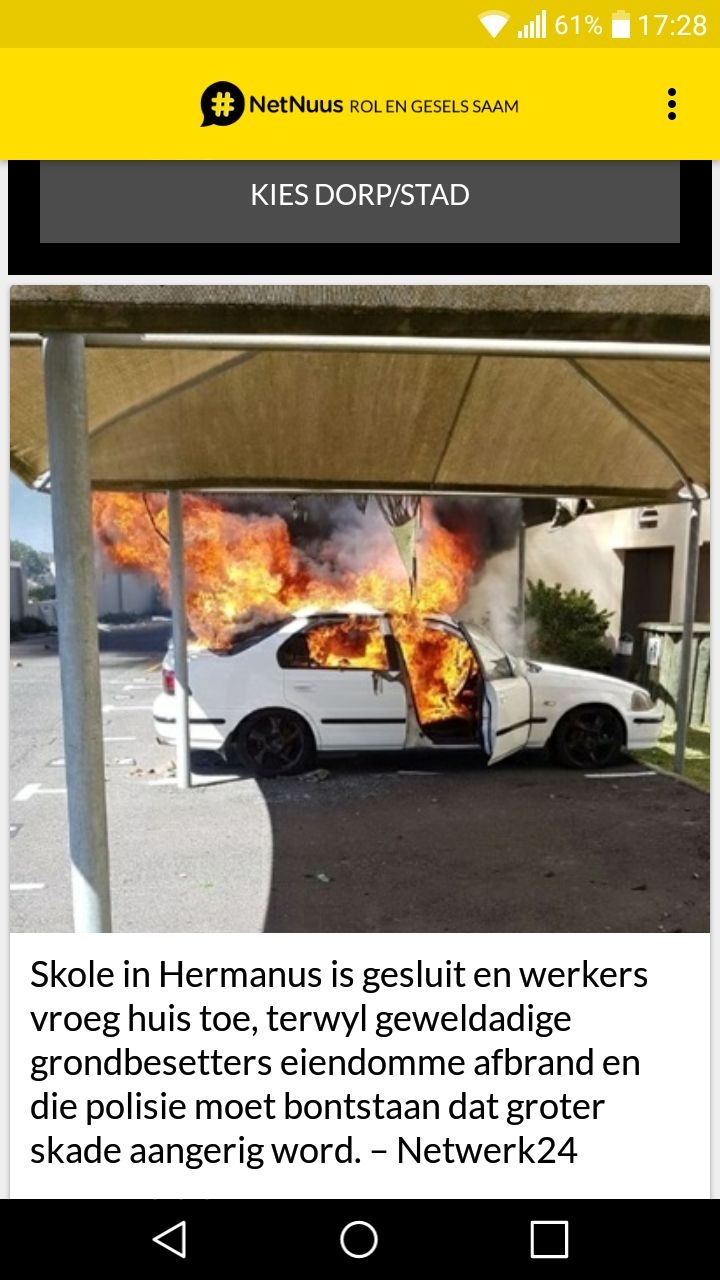 What would you do as a single mother with two children (one a teen daughter) if you were a resident in an apartment building and guns had been taken away from the general citizens nearly 20 years prior and you were facing a mob attacking your apartment?  Watch the video below. I organized a rescue effort made up of donors of fellow Christians (mostly from my local church) to fly this woman and her children to America.

But back up….what would you do?  She told me that she’s heard of such women who were facing this situation who committed suicide, as too many Afrikaans women otherwise got raped to death.  Watch the security video from the guard post/gate below.

Half way through the video a member of the mob tries to disconnect the camera but fails.  It goes blurry, but you can still see them breach the wall at several places.

By God’s grace one Afrikaans man had kept his hand-gun (illegally) and began firing.  They fled, only after burning up several of the cars in the parking lot.  Almost every time this happens the ‘mob-friendly’ SA police stay parked down the street and only roll up after the mob is done.  This has now started to occurring in America.

So back to the question.  What will you do if this comes to your neighborhood?