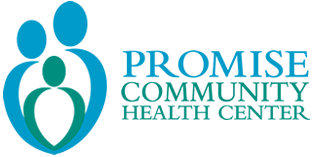 Homecoming October 1995, the board of trustees of Northwestern College (NWC), Orange City, IA, ostensibly a Christian college, held a ceremony to dedicate their then-new Bultman Center for Health, Physical Education and Intercollegiate Athletics (BCA) in the name of Dr. James Bultman, who led the fund-raising drive.  At the time Bultman was the President of NWC.  Rescue the Perishing was there that day flying  an airplane over their festivities pulling a banner which read: Dr Bultman: Why Cover For An Abortionist?  We were joined by a member of Redeemer United Reformed Church of Orange City, the late Elmer Reinders seen here in this picture (which was taken of Reinders at a later public protest of NWC).   Together, we passed out this flier to those attending the dedication ceremony.

It exposed the fact that the then-recent edition of the alumni publication (CLASSIC) which provided high  praise of Northwestern alumnus Dr. Leon Schimmel, left out the fact that he was a major Davis, CA abortionist.

We had a passionate caller from inside NWC’s administration office informing us that Schimmel had donated money to the BCA, but told us we couldn’t quote them nor would they provide us any records.  We never have been able to confirm it.  In this flier we cited our letter of warning to Bultman, “Your silence only compounds the problem. It does not bring about regeneration, repentance or restoration for Dr. Schimmel.”  Over the years mixed reports came in that some NWC constituents were very angry and some were thankful for our public rebuke.  (Separation of sheep and goats, that sort of thing.) The day of the event one Dutchman came close to assaulting Dorr.

But to God be the glory, one report came in 20 years later of a then young student whose parents came from out-of-state that weekend to attend homecoming with him.  The father took this flier going in to the dedication ceremony  and read it, listening to very little of the speakers.  In the parking lot afterwards the father turned to his son and said, “Christian College – Bullshit!” The son transferred out at semester break, did his undergraduate work at another university and later finished a professional school training elsewhere in Iowa. Over twenty years after we handed these out this man active in the medical community came to our office to thank Dorr saying, “God used you to open my eyes.”

Meanwhile, NWC’s silence over the last two decades has certainly compounded the problem with Schimmel.  Here he is pictured at a July 2017  visit to the Promise Community Health Center (PCHC) in Sioux Center, IA, then under the direction of the Nancy Dykstra.

Here was Paul Dorr’s post on PCHC’s FB wall exposing him, which was quickly deleted by PCHC soon after it was posted.

In an August 23, 2019 letter mailed to PCHC they were asked to provide a copy of their grant application and funding agreement for a recent $600,000 grant they’ve received, presumably from a government agency or a non-profit corporation used to route taxpayer money through. As of press time they have not responded to us.

PCHC’s web page is clear they provide family planning services starting with young people the age of 12.   Family planning violates Genesis 38:1-10. The common twisting of this text that Onan ‘refused his Kinsman-redeemer duties’ is not valid, as  Deut. 25:7a & 8b and Ruth 3:9 – where Ruth is seeking a ‘covering’ not marriage – demonstrates that marriage is optional, among various methods to preserve the deceased brother’s name and property.  We must necessarily conclude that Onan’s sin, as most of the early Reformers testified, was his monstrous act of “spilling his seed”….birth control.  Or in PCHC parlance “family planning”.  (1) See John Calvin’s commentary on Genesis 38 below.

PCHC states that “Through funding from the Family Planning Council of Iowa, Promise offers a full range of confidential family planning services…”  The Family Planning Council of Iowa also funds family planning “counseling”.  As PCHC is receiving grant money, depending on it’s source,  such money often stipulates the recipient to provide abortion referrals as a part of their “counseling.”

Even the Trump Administration’s new prohibition against making abortion referrals for groups receiving family planning Title X money (which is being challenged in court) still provides that “…they may still offer what the rule calls ‘nondirective counseling on abortion.’” (I.e. The address for the nearest abortion clinic, their phone number and what nurse to ask for.)

Stephanie Van Ruler was one of the staff members who was instrumental in helping PCHC receive this $600,000 grant. See her recent interview here.

She was also one of the Facebook “Likes” to the PCHC July 2017 post about California abortionist Schimmel touring their facility and providing many “wonderful stories”.  See the 6th “Like” down on the black chart on this post on the abortionist’s visit.

Do family planning services at Promise Community Health Center include abortion referrals? This would include surgical abortions and Depo-Provera chemical abortions.

Contact us (confidentially) at rtp@iowatelecom.net or Ph 712-758-3660 if you have any inside information.

What’s Ultimately Driving This?  Is It Proliphobia?

Sexual revolution scholar E. Michael Jones has coined a word for the view held by most ‘near barren’ western nation leaders, pastors and married couples.  He calls it ‘proliphobia‘.  The selfish ‘semi-barren’ are no longer replacing themselves with the minimum average number of 2.1 children needed per married couple (average children today being 1.6) to sustain a national population.  As a result, they often need to assuage their guilty consciences.

They come to irrationally fear those ‘people groups’ who don’t share their selfishness.  Those in these ‘people groups’ are the ones who most often welcome lots of babies into their marriages and homes. God is using these other people to convict and intimidate historic Christian North American people.  Instead of repenting and seeking God’s guidance, the ‘semi-barren’ (who are often now also Marxist in their view of government) launch family planning programs designed to convince those in these other groups to be selfish like them!  This also assist the rationalization of their ‘near-barren’ generational suicide.

In his book, Libido Dominandi: The Sexual Revolution and Political Control Jones cites author Alfred Sauvy’s book, Excessive Force: Power Politics and Population Control, “The fear of seeing others multiply thus leads to a diminishing vitality, to a recrudescence of Malthusian attitudes in populations already sapped by demographic aging.  At the same time the populations that elicited those fear remain unaffected…The usual perils of preachers who  address only the already-converted are therefore compounded by the risk of reducing their very numbers from one generation to the next.” (p. 540, Jones)

Note: Tesla’s CEO and billionaire Elon Musk recently told an Artificial Intelligence conference in Shanghai that the greatest risk facing the globe today is “population collapse”.  Sadly, the folks at PCHC and many (most?)  NW Iowa Christians today simply don’t understand – try as they may – that God is not mocked with such selfishness!

A hint that this may be what is going on in Sioux Center is that PCHC founder Nancy Dykstra said a few years ago that she, “…became aware of the shifting demographics in Sioux County due to immigration.”   Don’t ever be fooled that such idealists like Dykstra are motivated by Christ honoring compassion, when they steal taxpayer money from their neighbors and future generations to provide health services for the poor.  Humanists do this all the time but why do ostensibly Christians join in such glory hounding, Christ-less labors of “charity”?)  They also declare, “In the past, they had to drive as far as Sioux City for the closest family planning clinic.”  Clearly in the past, there was little demand for such services in Sioux County.  Now that the selfishness is throughout most white Reformed Christian people their own guilt is compelling them to seduce the people groups from Mexico and other South American countries to join them.

Rescue the Perishing urges people from these other groups not to listen to the likes of PCHC.  Also don’t take their bait on inflationary living, large piles of debt, etc.  Just because historic North American Christians have made a cultural/demographic/financial suicide pact with the devil, using sexual perversion and debt, doesn’t mean you have to join with us.

——————————————
(1) John Calvin on Onan’s sin . “Besides, in this way he [Onan] tried, as far as he was able, to wipe out a part of the human race. If any woman ejects a foetus from her womb by drugs, it is reckoned a crime incapable of expiation and deservedly Onan incurred upon himself the same kind of punishment, infecting the earth by his semen, in order that Tamar might not conceived a future human being as an inhabitant of the earth.” Calvin’s Commentary on Genesis 38:8-10, translated from the Latin

Who else agreed with Calvin that Gen. 38 affirmed God’s judgment by death of birth control within marriage?