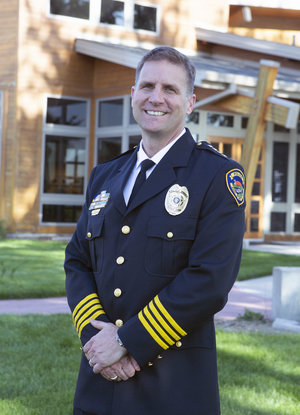 I intend on leading a picket of the Reid Institute’s (Reid) training class of law enforcement officials to be held at the  National Training Center, 6602 Allison Avenue, Sioux City, Iowa. As you know your department is the local sponsor of this 4 day class titled, The Reid Technique of Investigative Interviewing and Advanced Interrogation Techniques.  We’ll be there at various times from June 15 thru 18th.

This is to inquire if your department and/or the Woodbury County Sheriff’s Department are going to be fully committed to defend our free speech rights, when exercised on the public right-of-way, while lawfully engaged by our group.  I ask because some years ago when I organized a team to leaflet public parking lots in Sioux City to Vote No on District #3B Judge Jeffrey Neary (whose name was on the ballot two days later) your department came out and unlawfully ordered us to stop.  Later, per my attorney’s advisory to the city attorney, the city of Sioux City repaid me for the cost of lost literature (which had a time-value to it) and agreed to better train their officers on citizen’s free speech rights in the future.  Here’s hoping that training is current.

This is particularly relevant as Rescue the Perishing will be picketing a class that you are sponsoring taught by a training school that is well known to teach police officers how to lie.  We find that offensive to the Triune God that we serve and worthy of our public protest.  As Chief, I trust you have the temperament and professionalism required to balance the two issues and not let any personal views infringe on our rights.

I am sure you know that, “The courts in the United States have recognized The Reid Technique as the leading interview and interrogation approach used today in both the law enforcement and business communities.”  What do I mean that the training you’re sponsoring is done by a group that trains officers how to lie?  Consider,

Such a perverse distinction!  This angers the God of creation and redemption, especially when employed by those in offices of authority which He ordains (Romans 13:1-10).

I have found Reid has even written a polemic (weak as it is) to defend their training of officers to lie.  Catherine Lucas of the Iowa Department of Public Safety, recently wrote me that, “Reid Institute is not one of the entities that the Department sends employees for train-the-trainer sessions. It is also my understanding DPS does not currently use Reid Institute and has not used Reid Institute for some time.”  As of this writing, Lucas has not responded to my public records requests for copies of any correspondence between the IDPS and the Reid Institute, prior to the point in time where they were no longer used by the Iowa Department of Public Safety.

One of the greatest 5th Amendment legal scholars in America, Professor James Duane, has documented multiple high profile cases of the harm done by lying police officers in his book, You Have The Right To Remain Innocent.  He was my attorney’s law school professor and helped him draft this 5th Amendment plea, which is more consistent to our Common Law tradition.

On the advice of my lawyer, I respectfully decline to answer on the basis of the Fifth Amendment, which—according to the United States Supreme Court—protects everyone, even innocent people, from the need to answer questions if the truth might be used to help create the misleading impression that they were somehow involved in a crime that they did not commit.

Clearly, the problem with lying police officers (and prosecutors) has reached a point where this historical 5th Amendment plea needs to be restored.  What are Christian officers supposed to do during such training, or worse, when on the streets? They know their Bible teaches them:

Before London’s Robert Peel created the first police force in the 19th century (known as the ‘Bobbies’), those who kept the peace were known as the Reef of the Shire (later became the Sheriff) and in Biblical times, they were soldiers. In modern times this Luke text above directly applies to police officers and Sheriff’s deputies.  Neither the Reid Institute nor the Courts have any right before God to legalize, let alone train officers to accuse falsely.

Such lying officers have done great harm to the credibility of the ‘civil magistrate’ (as the Bible calls them), they are doing harm to the respect due their office (which I affirm) and have increased the acrimony between them and those that are the more ‘easy prey’ when such corrupt interviews or interrogation are employed.

Now lest you think I am some Antifa or BLM ‘defund the police Marxist’ do check me out with city council member Alex Watters, who used to ride his bike past our house when he was growing up.  Or even check with Michelle Hatting, Sioux City Police Sargent Scott Hatting’s wife.  She grew up two blocks from our Ocheyedan home. I am sure they will affirm that I am anything but a member of those rebel groups.  To categorize me, consider that I am a Christian who believes that all of the Bible, including His Law (i.e. Ten Commandments), applies to all of life. The Law has been thrown out of most pulpits, so we have chaos in the land. But Christ can and will restore us.

BLM is driven by racial enmity (which has mostly been created by government policy and court rulings, see here) and rebels who resist lawful authority, authority which I otherwise endorse.  But police abuse of authority is also a significant factor confounding the issues and further complicating the confusion with them. Remember where BLM first surfaced?  Ferguson, MO in August of 2014.

Yet, please read the ArchCity Defenders White Paper published also in August of 2014. They researched and chronicle the treatment of the inner-city poor at the hands of the municipal courts of St. Louis County.  They state on page one, “In the five years we have been doing this work, we have primarily focused on representation in the municipal courts that have jurisdiction over infractions for mostly traffic-related offenses.”

Further they found, “Despite Ferguson’s relative poverty, fines and court fees comprise the second largest source of revenue for the city, a total of $2,635,400.72 In 2013, the Ferguson Municipal Court disposed of 24,532 warrants and 12,018 cases, or about 3 warrants and 1.5 cases per household.”

I am sure the ArchCity Defenders has a leftist bias and I won’t agree with all of their findings.  I also know of the crime rate variances by racial groupings.  But honestly, I’m at the point that I don’t know what crime stats one can trust, when initial traffic stops, and interviews can be conducted by officers trained to lie. So how do we square the claim that we are the “greatest nation in the world” with the fact that we have the highest incarceration rate in the world?  Greatness is measured by moral righteousness.  Training peace officers to lie is not great.

I only wish the Ferguson Chief of Police and the senior Judge of St. Louis County, MO had been far more aware of the abuse chronicled in this White Paper five years before the violence broke out.  They could have dealt with it before-hand and maybe seven years of nation-wide violence could have been avoided.

Consider what the Bible teaches on this point,

Local communities of poor people suffer real abuse at the hands of police departments and municipal courts around the country. I don’t know of the Sioux City Police Department’s track record on these matters with the poor.  But when these communities cry out for justice the first ones who hear them, too often, are the Marxist agitators. Then they ignite the spark and violence flares. Meanwhile, the complaints of the poor are drowned out by opposing polarized partisans and media agitators.

Clearly, the ‘problem encounters’ inner city kids have with police are not exclusive to officers trained to be dishonest. Such young people are in great need for better instruction, training and love.  Public schools have utterly failed them for several generations now.  I support Kansas City black activist Lisa Watson’s efforts to pull all metro minority children (she has a big vision) out of public schools and enroll them in private Christian schools.  As well, Marcus, IA, native Jeff Bird is doing something similar in the South Side of Minneapolis.  His K-12 school now has 600 students.  See the video of his additional “Hope Farm School” here.

The nationally recognized former Asst. US Attorney, Sidney Powell, has now made it clear, though, that this well-honed practice against the poor is now working its way up to the middle class.  See her two books here and here.  We must stop training police officers to lie and stop training prosecutors to ‘over charge,’ as Powell points out.
.
And here’s where I come back to you Chief Mueller.  It doesn’t take long to figure out that when police officers are trained to lie by the Reid Institute and they understand the Courts will cover for their lies, this can become a powerful tool in their hands during a routine traffic stop. They will, in some cases, turn the poor into profit centers for municipal governments.

This can be exacerbated when command staff place the rank and file officers under pressure to meet “321 quotas.” As you know Iowa Code 321 is the body of Iowa law covering Motor Vehicles and the Law of The Road.  More than one officer has told me over the years of the implicit, if not explicit, pressure from command officers to achieve higher monthly 321 ticket volumes, even when they are already citing most, if not all, the obvious violations.  If command staff remains unhappy with their performance would not the individual officer be greatly tempted to act on his training and lie to make more traffic stops?

Then the question arises of the role ‘qualified immunity’ (introduced by the USSC in 1967 in Pierson vs. Ray) plays in these stats.  As most know the qualified portion has evolved into unqualified, especially when there are no video/phones recording the stop.   What incentive does such immunity provide to an officer trained to lie and who is already under ‘321 quota’ pressure?   For the record, an officer of the court whom I highly respect, watched most of the Derek Chauvin trial and concluded he was not guilty.  I must wonder, though, if such communities have become tinder boxes because that which starts with an officer’s lie cascades into much greater force and abuse – and routinely in such communities. And now the first city has acted to remove such immunity for officers. Is this where poor training is taking us?

To conclude, it is time to draw light to the training of officers to lie. Please withdraw all such training.  Failing that, please protect our free-speech rights to object to the Sioux City Police Department’s sponsorship of these classes by such a disreputable group.

If there are any advisories or legal instructions your department, the Sheriff’s office, the city attorney or the county attorney wish to pass on to me please feel free.   I’ll have my attorney review it for its lawfulness and get back to any advisory party.

And if there is enough interest, tell the officers taking the class that I’d be glad to hang around after class and host some informal instruction as to how God’s Law applies to their duties.